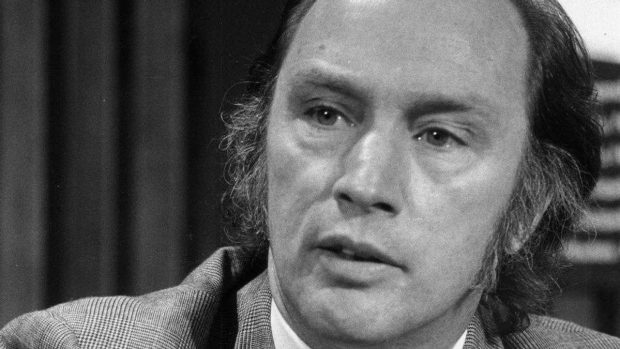 Pierre Trudeau is the most famous Canadian Prime Minister, and also the most revered, if his lengthy stints in office are anything to go by – he served from 1968 to 1979, and then again from 1980 to 1984. But he was far removed from most people’s idea of a stuffy head of state (and ahead of his time in denouncing the old guard through his own brand of Canadian liberalism).

He achieved this level of reverence and icon status in a number of ways. Known as ‘the philosopher king’, his style of politics was a breath of fresh air after decades of stodgy statesmen. He was also known as a ladykiller, hugely charismatic, with past conquests including Barbara Streisand and Sex and the City’s Kim Catrall. His politics were much more in tune with the liberal mood of the late sixties and early seventies than his US counterpart Richard Nixon, and certainly ruffled a few feathers in Washington with his friendly relations with US enemies like Fidel Castro and John Lennon.

Above all, his sense of style was thrillingly ‘out there’ compared to his contemporaries and today’s politicians. ‘Trudeamania’ was the term coined to refer to the national response to his outrageous sartorial choices – red roses on his lapel, outlandish capes and suits – and the popularity of his stylish, attractive first lady Margaret.

Jaunty neckerchiefs, nautical-flavoured sweaters and full length fur coats featured in his audacious wardrobe. His famous appearance at the 1970 Grey Cup saw him looking more like a pimp than a Prime Minister. He often wore loafers sans socks, and he did it all well, with perfectly fitting suits and tuxedos. Even non-liberals loved him – he brought  as much decisiveness to high office as he did to his look.

Trudeau remains a true style icon, a high water mark for a Canadian fashion scene that thrives today. To check out Canada’s fashion scene for yourself, and maybe pick up some Trudea-esque items (fur coats are practical in Canada as well as looking cool), try Toronto and Montreal, the twin hubs for Franco-Canadian fashion. Check out their website for Thomas Cook cheap package holidays.