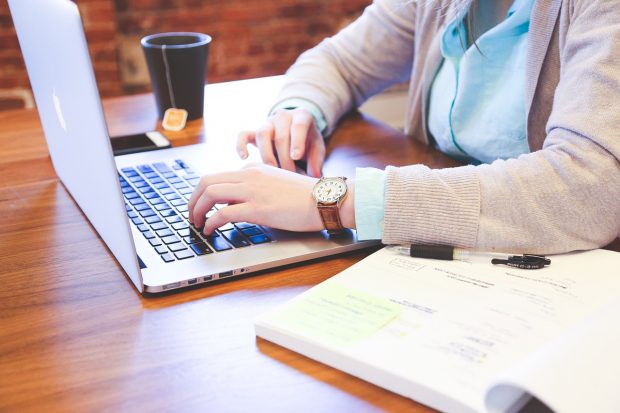 Do you want a university degree without studying? An income that starts off high? The opportunity to just get in the door? Questions like these are used by the registrar’s office at Santa Monica Pacific University, which calls itself an online distance learning institution, in order to attract customers to its two-week degree program. This diploma grantor offers Bachelor of Arts, Bachelor of Science and master’s degrees for what it calls a “small fee,” which actually turns out to be $1,365.

Ready to trade in your full-time course load for a quick degree from this institution? Before you sign the check, keep in mind that some institutions may not be legal. There’s a difference between quickly working through the assessments required for a degree and paying cash to skip the entire academic process.

“They are legal in some states, not in most,” says Dr. Tom Peterman, vice president for distance learning at Park University, which has 42 campus centers in 21 states across the U.S. “Ironically, some states, California, I think, will permit them to operate but will not allow people from their state to take classes. It seems like they are protecting their citizens but not those from the other 49 states.

“They (institutions like these) are too common, in my opinion. When they receive negative publicity, they tend to go out of business. Several have been exposed on national television and have never been heard from again.”

Tom Blake from the registrar’s office at Santa Monica says his institution awards degrees for prior work experience and classes taken. He says the degrees are not meant for those with no knowledge of the degree’s particular field.

“The entire investment costs $1, 365 U.S. dollars. This includes a very beautiful degree in a nice frame. We assign you a set of registered classes and a student identification number. The degree of choice and transcripts will be sent within two weeks.”

Blake also says the “university” will serve as a reference and will send transcripts to those prospective employers who inquire about “students” from Santa Monica.

“Verification and support is a part of our university,” Blake says. “We do a very good job providing recommendations for our students, and will also provide letters to anyone who contacts us about you.”

Although this may increasingly sound appealing, Peterman points out that it is easy for potential employers to determine if degrees are legitimate.

“These degrees are worthless if employers do their homework, research the institution and expose them,” he says. “We had an adjunct instructor apply to teach with a degree from a ‘diploma mill.’ We rejected him and he never bothered to challenge our decision. “It is relatively easy to determine if an institution is regionally accredited. Most institutions without regional accreditation are issuing diplomas not worth the paper they are written on.”

Does the recent surge in online classes and degrees make institutions like Santa Monica a more viable option?

“Diploma mills have existed long before online classes and degrees,” says Peterman. “It has been possible to buy diplomas for decades. The Internet just makes it easier to market these programs nationwide. It also provides a much higher profile, exposing them to many more people.”

Santa Monica claims to offer their degrees based on life experience, but in fact they apparently do not require their customers to provide any educational documents; they do not evaluate your academic or professional experience.

Some common attributes of diploma mills include names specifically chosen to sound similar to authentic and accredited institutions. Some mills even establish their own accrediting organizations to improve credibility. Another common feature of diploma mills is that degrees are offered for flat fees, rather than a per-credit basis.

There may be a few states where institutions like these are legal, but passing these degrees off as accredited ones is considered a crime in many places. However, diploma mills are more common in the United States than in other parts of the world because tough laws to prohibit them have not been adopted.

For example, in Australia it is a criminal offense to call an institution a university or to issue university degrees without authorization through an act of federal or state parliament. In the UK it is illegal to offer a degree like this, unless the awarding body is on a list maintained by the Department for Education and Skills.

Paya Shafe, a senior in political science at Park, says the prospect of competing against college “graduates” with degrees like this is outrageous.

“I don’t necessarily think of it as competing with them,” she says. “My credentials have standing, where I can prove what I have done and what I can do. Those companies are just out to get your money, whether the degrees work or not. This is just another scam artist. It only appeals to people who don’t want to do the work legitimately and who don’t want to do the work.”

“The appeal is to those who are seeking a degree without doing the work,” he says. “They can receive a degree simply by paying the fee. And, there is a chance they will not get caught. Recently, there was an article in a national publication that pointed out several high level government officials who had degrees from these diploma mills.

“Several government officials lost jobs or promotions as a result. A college education should be more than receiving of a diploma. The whole process of learning, growing, networking, maturing, exposure to ideas and concepts, and so much more, is what makes up an education. That can’t be bought. It must be earned. It doesn’t take place in two
Though the idea of receiving a degree in two weeks for the cost of $1, 365 would be a far easier investment than the cost and time of attending Park, or any other institution, degrees from legitimate universities cannot compare to a degree rewarded for ‘life experience.’