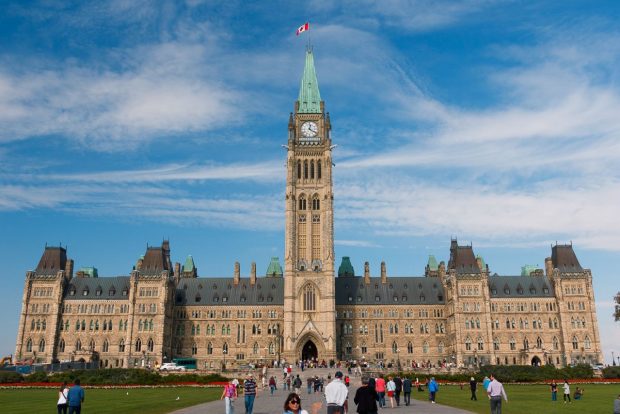 Ottawa is the capital of Canada and it’s fourth largest city, the beautiful Ottawa River bordering it and the surrounding valley draw thousands of tourists to the city every year. The city certainly does its best to see that they’re satisfied with their stay, offering a wealth of national museums and heritage landmarks that are cornerstones of the Canadian culture.

The city also offers a wide variety of sporting activities year around, including the sport of curling, uniquely associated with Canada. There’s something for everyone on a visit to Ottawa, and any number of reasons to stop on any trip through Canada.

The city is split geographically by the Rideau Canal, which serves as a waterway in the summer and for ice-skating in the winter. Though the main city center does possess a thriving urban district, Ottawa has a wonderfully surprising amount of open space and parks, as well as suburban and rural areas on the outskirts. Visitors to the city very much enjoy the wonderful mixture of city and green parks that present beautiful vistas year round. Even the city’s office district is a fascinating blend of Old meeting New as modern steel and glass skyscrapers share space with beautiful early French architecture. Just walking through the city or across the bridges spanning the canal can be an exciting adventure in itself as you take in the art galleries, museums, and government buildings that steep the city so strongly in its proud history.

Ottawa, one of the country’s oldest and most revered cities, to this day remains one of its more beautiful and historic municipal areas, providing a wealth of knowledge and fascinating old stories about Canada’s rich heritage, no trip across Canada would be complete without Ottawa’s proud river-side scene being paid a visit.