Saskatchewan, Things To Do 0

Shakespeare on the Saskatchewan 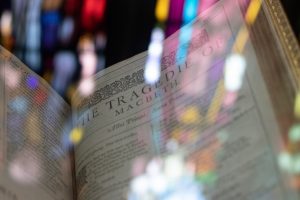 I’ve always raved about Shakespeare in High Park here in Toronto, praising it as one of the best ways to get an affordable dose of Shakespeare in the city. But did you know that all the way in Saskatchewan, there’s a similar theater festival held every summer? I didn’t! The Shakespeare on the Saskatchewan festival is an absolute hoot, with plays, feasts, tours, and a free community stage, and apparently, it’s one of Canada’s most popular tourists destinations.

This year’s performances include Titus A.: Puppet Revenge, The Merry Wives of Windsor, and Hamlet, each running into mid August. Titus A. is an exciting play performed using puppets, but don’t be fooled: the play is graphic, bloody, and violent, so don’t go in thinking it’s a children’s play. The other two plays are more traditional, with actors and actresses on stage, so it’ll be something you’re more used to. One great thing about the festival, though, is that the casts are diverse and talented, and the more diverse a cast is the better.

I am always big on making theater and cultural productions accessible to as many people as possible, and this year is the first year that Shakespeare on the Saskatchewan implements a pay-what-you-can policy on their performances. You can book tickets ahead of time, and pay anything between $5 and $40 to be able to attend, which is so amazing. Visit their website to find out more information and to book tickets, and be sure to let me know how you liked it!