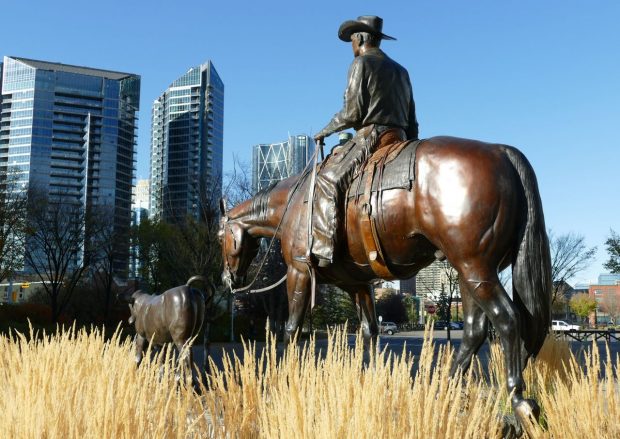 The city of Calgary is the largest city in the province, and worth a visit on any trip through the wide splendor of Alberta. This booming oil town has grown quickly in the last few years until it boasts the third largest population in all of Canada, and all without losing sight of it’s fantastic opportunities for eco-tourism, winter sports, and historic heritage.

Calgary: The Diverse Jewel of Alberta

Calgary’s history dates back to Fort Calgary, named in 1876 to protect the western plains from US led whiskey traders. But it wasn’t until 1883 when the Canadian Pacific Railway reached the town that it really started to grow from it’s frontier origins. It was incorporated in 1884 and the Railway still makes it’s headquarters there today. Then when the Oil Embargo in 1973 sent prices soaring, the town’s population nearly doubled in less than 10 years, as workers and money were driven to the area by the huge reserves of petrol that the territory was able to claim, the oil-industry remaining to this day a vital part of the Calgary economy.

Today, Calgary boasts a city that is booming and diverse both economically and culturally. The city has a Little Italy district, along with one of the largest Chinatowns in Canada, and the Southern Alberta Jubilee Auditorium provides a thriving center for arts, cultural exploration and other projects that foster community. And though Calgary has been called the “Nashville of the North” for it’s country music scene, the local musicians run a wide range from metal, to blues, to hip-hop, and even electronica. The growing population in recent years has revitalized the central downtown districts, drawing scores of new residents and a revived interest in exciting night-life activities. The city continues to hold a number of annual festivals and events, including the famous Calgary Stampede.

With a fun and thriving nightlife, a recently revitalized downtown district, and an ethnically diverse culture and well over a hundred years of history, Calgary is a must visit city for the province of Alberta.