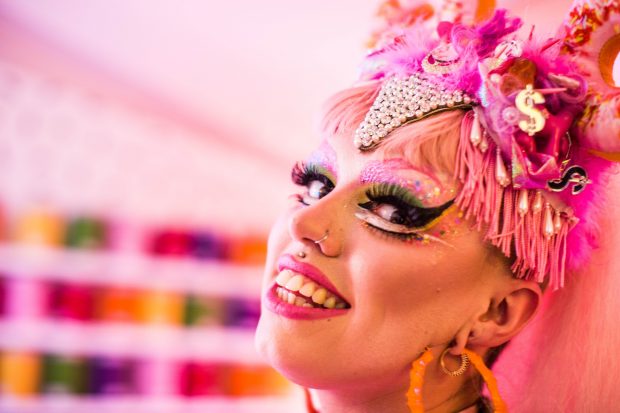 I’ve written about Toronto’s drag scene before, but my Pride series would not be the same without mentioning some of the drag events happening this June. You already know about BenDeLaCreme’s performance on the 14th, but there are still so many more queens (and kings!) to see this Pride.

On June 23rd, DRAG BALL starts up at 6 PM. DRAG BALL boasts some of the best queens in Toronto, and DJ Kitty Glitter’s sets keep the party going. If you stay till 11 PM, there’s been talk of a special guest performance, but we have no idea who it could be… Stop by the Yonge-Dundas stage at the Square of the same name on the 23rd at 6 PM to catch this party.

Drag kings are great in Toronto, and one of the best performances happens at King Hour. If you’ve never been to a drag king performance, you’re really missing out, but King Hour is one of the best ways to get into the scene. King Hour will be happening on the TD Village Stage at 77 Wellesley Street East on June 24th, from 2 PM to 3 PM.

Last Dance closes Pride weekend on the 24th, but you’ll be saying goodbye with a bang. Drag DJ Kitty Glitter and DJ Karsten Sollors, as well as our very own DJ Barry Harris and DJ Sumation will be spinning hot tracks all day for you to dance to. Last Dance will be held at the OLG Central Stage on 508 Church Street on June 24th, from 2 PM til 11 PM.