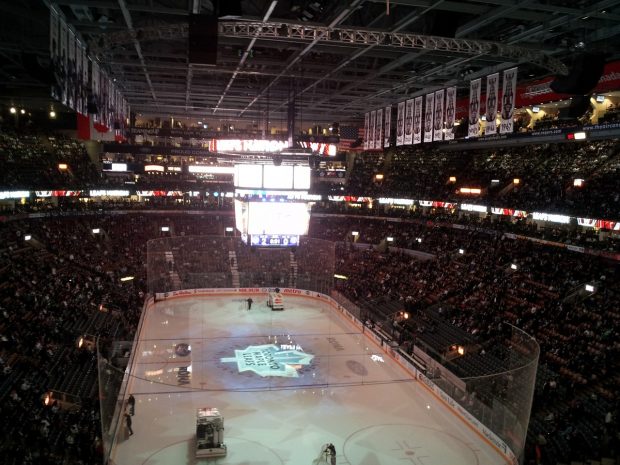 When it comes to sport, Canada has a long and illustrious history, it has also enjoyed plenty of success over the last 100 years. The country boasts a myriad of iconic sporting venues, with both tourists and sports aficionados flocking to visit locations such as The Bell Centre, BMO Field, and the Scotiabank Arena. However, there are also a number of unused, and now-defunct arenas that have previously played host to hundreds of memorable moments in Canadian sporting history.

Today in 1977, the Blue Jays beat the snow and the White Sox at Exhibition Stadium in the first game in Toronto franchise history. pic.twitter.com/xai07F0F7k

The National Exhibition Stadium is still fondly remembered by Canadian sports fans and this Ontario-based multi-purpose venue was home to several franchises including the Toronto Argonauts and the Toronto Blizzard. The stadium was reconfigured in 1974 in order to make it compatible with Major League Baseball. The renovations, which were funded by the city and province, made it possible for the Toronto Blue Jays to play their home games here.

Despite these alterations, the stadium was regularly criticized by fans for its poor vantage points and, due to its proximity to Lake Ontario, its freezing temperatures. The Blue Jays played their first official MLB match in snowy conditions, and there was often very little protection from the elements, particularly during the early stages of the season.

Since 1989, the Blue Jays, who are +1600 in the latest MLB odds on bet365 for success in 2021, have played their games at the Rogers Centre, although they are soon to be on the move again, with yet another new venue reportedly in the pipeline.

Thorncliffe Park was a popular destination for sports fans for over three decades. Located in Leaside, Ontario, this track held regular racedays as well as hosting a number of valuable events such as the Prince of Wales Stakes, a race that is one-third of the Canadian Triple Crown. It was regularly described as the most beautiful racetrack in Toronto, although accessibility was often an issue. In response, a viaduct was constructed in order to make it easier for patrons to reach the venue.

The track was able to host up to 4,000 spectators at any given time, and attendances remained relatively respectable throughout the 1940s. Unfortunately, the popularity of this pastime began to dwindle at the start of the following decade, and the venue was shut down by the Ontario Jockey Club in 1953. The property was subsequently sold to a real estate development company.

This BC-based venue played host to numerous sporting spectacles, as well as notable musical acts such as Elvis Presley and The Beatles.

The multi-purpose stadium was built in 1954 ahead of the British Empire and Commonwealth Games which helped the stadium attract the focus of the world’s media. Hosting the “Miracle Mile”, an event in which both John Landy and Roger Bannister managed to complete the race in under four minutes, was pivotal to the stadium’s fame.

It will also be remembered for hosting the Grey Cup game on numerous occasions, including the Montreal Alouettes 20-7 victory over the Edmonton Eskimos in 1974. In addition, soccer matches were regularly staged at Empire Stadium with Vancouver Whitecaps playing their home games at this venue for almost two decades before switching to BC Place in 1983. Yet, sadly, the stadium was demolished in the early 1990s.

Although there are numerous venues that continue to host top-class sport on a weekly basis, these three venues have firmly cemented their place in Canadian sporting history. This iconic trio may no longer be operating, but innumerable memories have been created inside these now-defunct locations and will be cherished for years to come.