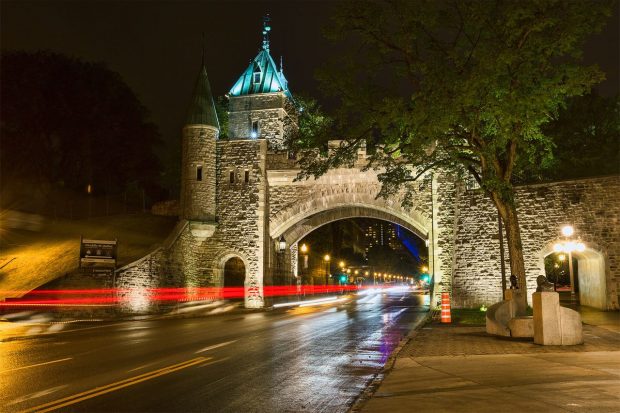 Parlez-vous français?  If so, the Canadian city of Quebec may be the vacation destination for you. If you’re interested in one of the only North American cities with French as the official language and court/legal procedures still performed in French, as well as many French cultural activities, a short or long visit to Quebec would certainly be of interest to you.

That isn’t to say that Quebec city, located in Quebec,  Canada’s largest province, is not welcoming to the English-speaking (or other language speaking!) visitor.  Rather, with a long and proud Nationalist streak combined with relative isolation as a francophone area leads Quebec to have a very strongly-held feeling of cultural self-preservation.

Of course, any visitor would be keen to know what to do whilst visiting this city.  It entirely depends on what you’re interested in doing, and Quebec city certainly provides a host of sundry activities for the vacationer.  The famous Winter Carnival springs immediately to mind, a seventeen-day festival with a million participants and dozens of different activities, from the opening and closing day ceremonies, to the Giant Table Soccer Game, to the Dog Agility Competition on the Snow.  For over two weeks any visitor would be spoiled for choice with regards to activities.

There’s also the National Holiday of Quebec (Fête Nationale du Québec) on June 24th, although many festivities begin on the 23rd.  Many possible festivities include free outdoor concerts, public performances, and the possibility to see francophone celebrities (hundreds make appearances every year).  Don’t forget the parades, too!
With beautiful Canadian vistas and a metropolitan, francophone air, Quebec remains one of the most fascinating North American cities for a possible vacation.  The friendly residents and enormous amount of possible activities are sure to keep Quebec on anyone’s mind when planning a vacation.