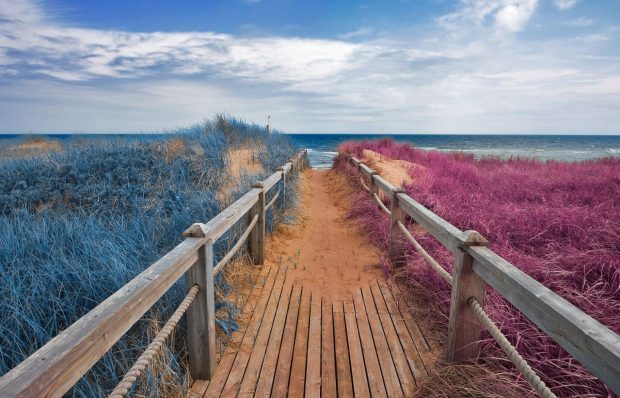 Prince Edward Island was named after Prince Edward Augustus who was a son of King George the third and was the father of Queen Victoria. This island has a rich history under French and then British rule that lasted from the mid 1700s to 1873 when it officially became part of Canada. Prince Edward Island was the site of the very first American attack in 1775 even though it was just some privateers and later became a place where refugees went to settle after leaving America.

Something that sets Prince Edward Island apart from other Canadian provinces is the amazing amount of activities offered for visitors. Some of the sport activities include golfing, hunting, deep sea fishing, enjoying natural parks and beaches and much more. A popular sport activity is catching and eating your own lobsters and clams. Prince Edward Island is a very family oriented travel destination so the entire family can engage in many types of arts and crafts, learn about windmills and lighthouses, and take part in many festivals that are held throughout the year such as the famous Charlottetown Festival which showcases the arts.

Where travelers decide to stay when visiting Prince Edward island is usually determined by what type of vacation they have planned. There are many custom vacation packages offered around the Internet that include hotels or bed and breakfasts along with access to their favorite activities. There are golf packages, beach packages, festival packages, and much more. There are numerous hotels in the various cities on the island but many people opt for the down home feel of a bed and breakfast.

Prince Edward Island is surrounded by the ocean so the climate stays a bit more mild than some of the other Canadian provinces. Spring comes a few weeks later than most areas and is fairly cool. Summer is mild, nice, and usually has a pleasant breeze blowing in from the ocean. Fall offers visitors a chance to experience the beautiful colors associated with a northern climate and winters are pretty cold. This climate variation lends itself nicely to the various activities available for travelers. People often come in the summer and fall to enjoy the many different festivals and outdoor activities but the winter is best for those looking to cross country ski.

Prince Edward Island is a great travel destination that is perfect for the entire family or a couple looking to get away from it all. Travelers of all types enjoy the laid back country atmosphere and the close knit and friendly community.