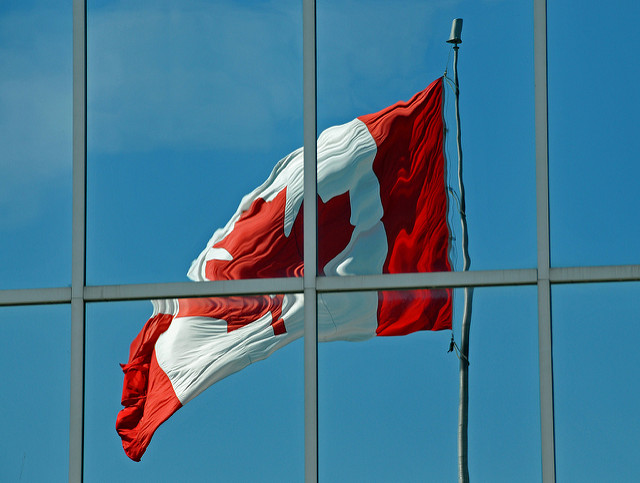 Is CBD Oil Legal in Canada?

When Canada followed Uruguay in 2018 to become the second nation to legalize cannabis, Canadian CBD users expected it to get easier to use this non-psychoactive cannabinoid in their country. The Cannabis Act, however, only made things more complicated for Canadian CBD users, and the struggle for easy and safe access to cannabidiol in Canada is far from over.

To understand current Canadian CBD law, it’s necessary to take a look at the lengthy process that has gradually led to cannabis legalization in this nation. Legislators in Canada have been pushing for cannabis legalization for decades, and as an increasing number of American states started to make this cannabis legal, the Canadian government finally decided to follow suit.

In the same year that Canada legalized cannabis, the United States removed CBD from its definition of cannabis as a schedule I substance. Canadian law, however, still views CBD as a cannabis constituent, which means that CBD is now under the purview of the Cannabis Act.

While this new law allows adult Canadian citizens to possess up to 30 grams of cannabis, it doesn’t make things any easier for CBD users. The Canadian government still hasn’t decided how to deal with CBD extracts yet; regulatory agencies expect to have an answer by the end of 2019.

In the meantime, CBD users are told that the only legal CBD oil is cannabidiol that the government approves, and the Canadian government hasn’t approved any CBD oil concentrate for sale to the public.

Would-be producers of CBD in Canada, however, aren’t sitting idly by. According to one insider, a variety of lobbyists are currently pushing Canadian legislators to approve the sale of CBD oil in Canada sooner rather than later. There’s a huge demand for CBD in Canada, and producers want to profit from this immense market.

The irony isn’t lost on Canadian CBD users: Before the Cannabis Act was passed, people all over Canada could easily import CBD from the United States. With the passage of the Cannabis Act, however, Canadian CBD users are violating the law by owning CBD extract that isn’t regulated by the Canadian government, which is all CBD extract since the Canadian government hasn’t yet ruled on CBD concentrate.

How Do I Buy CBD Oil in Canada?

CBD users in Canada can only legally purchase cannabidiol from retailers that the Marijuana for Medical Purposes Regulations (MMPR) has sanctioned. To get CBD oil legally in Canada, therefore, you must qualify for a medical marijuana card. While some Canadian recreational marijuana companies offer CBD oil for sale, it isn’t clear that the Canadian government has sanctioned these activities. Many Canadian CBD users still get their CBD from the same American companies they shopped with before.

Some people who use CBD tinctures, CBD vape juice, or CBD capsules in Canada fear prosecution. While it’s highly unlikely that the Canadian government would prosecute CBD users due to the relatively lax legal environment surrounding cannabis in Canada, there’s no getting around the fact that CBD oil is illegal in this country unless you purchase it through a government-controlled facility.

How Do You Find the Purest CBD Oil in Canada?

While Canada’s new cannabis laws can be frustrating for many CBD users, there’s a silver lining to this cloud of confusion. Canadian legislators assure their constituents that their nation’s CBD production standards will be the most stringent in the world. Only the best producers will be able to set up shop, and the government will carefully inspect every CBD product on the shelves to make sure it adheres to expected quality levels.

If there’s any merit to these claims, the Canadian CBD that’s slated to be produced as soon as the government reaches a ruling on concentrates will be some of the best the world has ever seen. Since we’re still waiting for CBD oil concentrate to be legal for the citizens of Canada, however, there’s no way of knowing whether reality will live up to the hype.

Can You Get CBD Oil in Toronto?

The only way to legally get CBD concentrate in Toronto is to get a medical marijuana card and purchase CBD oil from a licensed medical shop. Recreational cannabis shops in Canada aren’t selling CBD concentrate yet, and while it’s unlikely you’d face prosecution for purchasing CBD from the USA, getting CBD this way is technically illegal everywhere in Canada.

What Is the Best CBD Oil in Canada?

The same quality standards apply to CBD oil in Canada that apply to CBD anywhere else in the world. The best CBD comes from organically-grown hemp plants that have never been exposed to harmful pesticides and fertilizers.

There’s compelling evidence suggesting that CBD works better as a whole-plant extract. When CBD oil contains the other trace cannabinoids and terpenes that are present in hemp extract, the entourage effect takes place, which makes the effects of CBD stronger. While isolate CBD stops being effective at high doses, science suggests that whole-plant or full-spectrum CBD remains effective no matter how much you use.

The Future of CBD in Canada

While it might be hard for Canadian CBD users to get a hold of their favorite cannabinoid right now, it appears that things will clear up shortly. Immense lobbying pressure is pushing Canadian legislators to make a quick decision on how to regulate CBD extract, and would-be CBD producers in this nation can’t wait to start capturing the domestic cannabidiol market.

Even when CBD extract is fully legal in Canada, however, Canadian CBD users will still find their choices limited. As long as Canada continues to label CBD as a constituent of cannabis, the only legal way to get cannabidiol will be to go through a state-sanctioned recreational marijuana shop.

Only Canadian CBD oil will be sold at these shops, which means that Canadians will remain cut off from the American market. As in all things, Canada tries to keep up with the United States in the arena of Cannabis policy, and the sooner that the Canadian government removes cannabidiol from its definition of cannabis, the sooner that Canadians will regain access to their ability to choose the CBD oil that’s right for them.

—
Author:CBDfx is a Southern California-based company focused on providing high quality, full-spectrum CBD to customers in a wide variety of formats. A respected industry leader, the company began with a full range of CBD vape products, and has since expanded to include edible, topical, and pet-oriented CBD products as well. CBDfx’s mission is to offer the purest and most effective organic/ethically sourced CBD options on the market today, and the company demonstrates this commitment to quality by making all batch lab reports publicly available online.