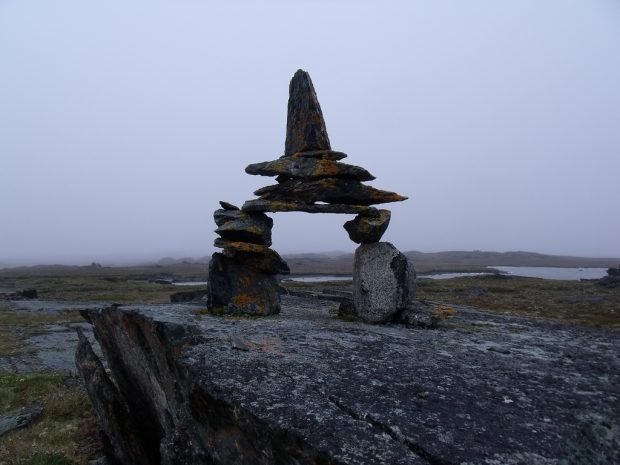 Nunavut in Northeast Canada became a Territory of Canada in 1999; the first territory added since Newfoundland in 1949. Approximately 80% of Nunavut lies above the Artic Circle. The tundra, the oceans teeming with fish and mammals and a native people who have inhabited the area for thousands of years provide a modern day adventure for visitors to Nunavut. The Capital of Nunavut Territory is Iqaluit and is served by Canadian North Airlines among others. Iqaluit International Airport is large enough to handle even the largest aircraft including the Airbus A-380, which preformed cold weather development testing there.

To the east is Qikiqtaaluk Region. On many older maps, the Qikiqtaaluk Region is referred to as the Baffin Region. This region incorporates the easternmost and northernmost parts of Nunavut. Resolute Bay is one of the most northernmost towns in Canada. Resolute Bay can be reached by two airlines servicing the community, First Air and Kenn Borek Air.

Outfitters can be found in almost any of the towns in the Qikiqtaaluk Region. Sledding expeditions taken behind a dog team can provide you vistas from the tundra to the sea ice. Caribou can be seen feeding on the tundra and seal pups and whales frolicking in the ocean. Overnight camping trips can expose you to fabulous displays of the Aurora Borealis, the Northern Lights.

Guides can be provided for activities such as cross country skiing, sport fishing for artic char or sea kayaking. In most cases it is advisable to hire a guide as the experience of the adventure is heightened by the guide’s local knowledge.

The Kivalliq region is the southernmost region of Nunavut. Historic Hudson’s Bay surrounds the region on the North and East sides. Hudson’s Bay is to this day littered with wrecks of old sailing ships. Whale watching is made easy in this region from land or sea as pods of beluga whales make the bay and the rivers running into it their home. If you are truly lucky, you can see caribou giving birth out on the tundra. The tundra rather than being a flat and unchanging vista is actually composed of long rolling hills that have often been compared to the never ending waves of the ocean.

Rivers that have been unchanged since the Ice Age provide hikers miles of opportunity to view nature at its finest. Bird sanctuaries allow the birder uncounted opportunities to view species that they have never seen before.

In May, Rankin Inlet, which is served by three airlines, Calm Air, Canadian North and First Air, is home to the spring festivities. These festivities include a three-day dogsled race and it’s modern day equivalent, Thunder on Ice. Thunder on Ice is a snowmobile race staged across the still present sea ice. This race draws entrants from most of the Northern Canada Regions.

The Westernmost region of Nunavut is the Kitikemeot region.
There you can trace the route of explorers who searched for the Northwest Passage. Tours can be arranged for sea kayaking and motorboat tours through these historic waterways.

Both lakes and small ponds liberally punctuate the tundra on the mainland, an ideal waterfowl-nesting habitat. Numerous rivers slice through the barren lands of the tundra where you can see caribou, musk ox, wolves, fox and of course grizzly bears. Hunting expeditions can be arranged for those who are looking for a trophy specimen of any of these animals.

Nunavut in the far reaches of Northern Canada provides events and festivals year round. Art exhibits of Native American carvings provide gallery quality specimens at far less than gallery prices. A naturalist’s wonderland, Nunavut provides unmatched opportunities for either the naturalist who wishes to view seldom seen species as well as the hunter or fisherman who wishes to add to their trophy collection.

Nunavut is easily accessible from almost any major airport. An out of the way destination made easy for the individual who wishes a modern day adventure.