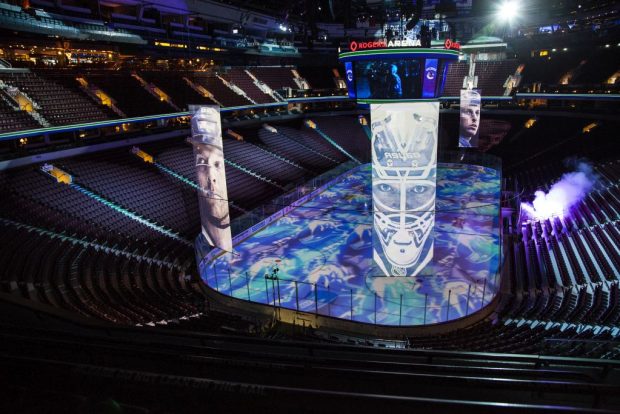 Hockey is alive in Vancouver again.

It’s been 8 years since the Canucks went to the Stanley Cup Final and 9 since Canada won Olympic gold in Vancouver. They seem like distant memories at this point. But this year, the Canucks rebuild is in full swing, the World Junior Championship is BC bound and the NHL Entry Draft is smack dab in the middle of the city at Rogers Arena. Vancouverites can get excited about hockey again.

With the Canucks, there is hope on the horizon. Even though the Canucks are looking like a longshot to win their first Cup anytime soon, it’s worth checking out a game, for the atmosphere and experience. It’s also worth checking out a game to see up-and-coming superstar Elias Pettersson. The 20-year-old Swede looks as if he would blow over in even a not-so-stiff wind, but there is no denying his talent. He has got 35 points in 30 games to lead all NHL rookies, outscoring Ottawa’s Colin White by 13 points despite the fact that White has played 3 more games.

What’s more, his talent and slight physique is reminding some of a young Wayne Gretzky. He has got it all (apart from his build): a great shot, blazing speed and excellent vision. His stardom is not a complete surprise, considering he was a star in the Swedish Hockey League. But the 5th overall pick in the 2017 Entry Draft has had to adjust to a much different game than what is played over in Sweden. The rinks in the NHL are smaller than those over there and the quality of competition is significantly higher. Still, Pettersson has flourished. He has also impressed his teammates. Bo Horvat says that what makes Pettersson stand out from other rookies is how hard he works for the puck and his defensive abilities.

Pettersson worked on these abilities in front of scouts at the World Junior Championships a few years ago. It’s arguably the biggest stage for young NHL prospects and will be in Vancouver and on Vancouver Island this year. You can believe Canucks fans will be flocking to get a good look at prized prospect Quinn Hughes. Hughes is currently playing NCAA hockey for Michigan but is expected to join the Canucks before the end of the season. All eyes will be on him when the tournament starts on the 26th of December.

Coincidentally all eyes will be on Quinn’s brother, Jack, when the NHL Entry Draft comes to Vancouver next summer. Jack Hughes is expected to go first overall and with Vancouver in the running to pick him, the city will be buzzing with energy. Expect a sold-out crowd for an event that is largely just people calling names out.

When people are excited to watch that- you know hockey is back in Vancouver.