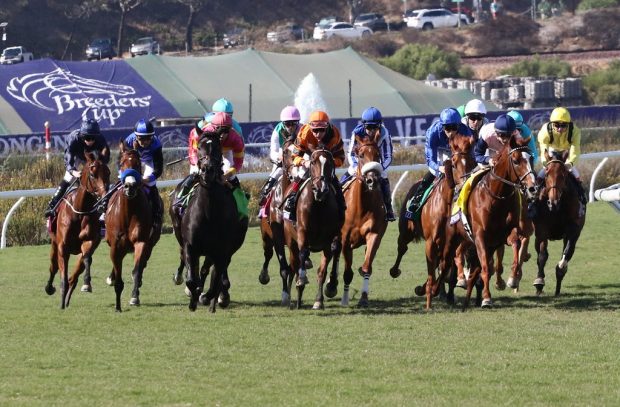 A Look at the Triple Crown Horse Races in Canada

Canadian horse racing recently celebrated its 250th anniversary, as it can officially be traced back to the first race held in Quebec City in 1767 that was won by Modesty.

There are some great races run here each year and the Triple Crown tops it all off, so what are these three races all about?

This race’s claim to fame is that it is the oldest horse race in North America that has been run continuously since it began. The Queen’s Plate was founded back in 1860, when Queen Victoria gave the go-ahead for it to be run at Carleton racetrack in Toronto. The prize on this first outing was a plate with the value of 50 guineas.

Currently, it is run in June or July of each year, at Woodbine Racetrack in Etobicoke, Ontario. This makes it the first leg of the Canadian Triple Crown. However, in 2020 the Covid-19 pandemic caused it to be put back to September, when it was won by Mighty Heart ridden by Daisuke Fukumoto. In 1964, Northern Dancer won this race and the same horse also become the first Canadian-bred winner of the Kentucky Derby.

Among the other famous winners of this race was Izvestia, who set the fastest modern time in 1990 on his way to claiming the Triple Crown. Mighty Heart took slightly longer to reach the finishing line in 2020, but since the type of surface is changed since 1990, this is the current record to beat.

The Prince of Wales Stakes

The second leg of the Canadian Triple Crown in horse racing comes in June, with the Prince of Wales Stakes at Fort Erie Race Track in Ontario. It was first competed for in 1929, at Thorncliffe Park Raceway in Toronto, but didn’t become part of the Triple Crown until three decades later.

The 2020 event was also won by Mighty Heart, with by Daisuke Fukumoto again the jockey. Therefore, hopes were raised of another horse claiming the Triple Crown. The 2020 race took place in September but it is hoped that the 2021 version returns to the traditional June date.

An interesting side-note from the history of this race comes from 2003, when jockey David Clark raced against his daughter, Cory. David came home in third place on Shoal Water, while Cory was sixth on Sonofawac.

The final part of the Triple Crown typically comes in September, when the Breeders’ Stakes is run at Woodbine Racetrack in Toronto. This race has a history that goes all the way back to 1889 and joined the previous events to make the Triple Crown in 1959.

It is the longest of the three races and the only one to be held on turf. The very first winner of the Triple Crown came in the first year that the term was used, as New Providence won all three events. Since then, a further six horses have repeated the feat.

Also fondly remembered is Miami Deco, who a longshot winner in 2010.

In 2020, the race was put back to October, so we had to wait to see if Mighty Heart was going to claim the Triple Crown. Sadly, he finished back in seventh place, as Belichick won the race.

At the moment, it is hoped that these three historic races go back to their normal dates this year and with spectators present.

However, it has been suggested that the Queen’s Plate may be delayed until September, so that there is a greater chance of fans being able to attend this and the other two races without any problems.

Nonetheless, take time to peak into the contenders of the Kentucky Derby to consider who to bet for the upcoming race in May: https://www.twinspires.com/kentuckyderby/contenders