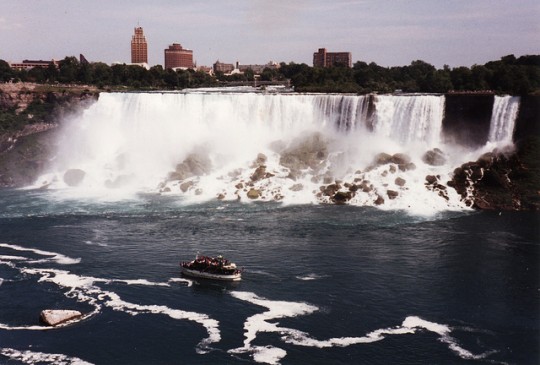 Obviously you know about Niagara Falls. As one of the largest waterfalls – not just in Canada or North America but in the world – Niagara Falls has earned world-renown for its beauty and splendor – blah, blah, blah.

The truth is, you probably don’t give Niagara Falls the credit it deserves. While millions of tourists visit Niagara Falls every year, many travelers skip the destination, believing it to be a tourism trap. Worse, those who do visit the falls often miss out on the best parts of the falls, paying attention only to the most obvious attractions advertised online or visible near the falls.

Amazing Ways to View the Falls

The most famous view of Niagara Falls is from Queen Victoria Park, which is a strip of gorgeous greenery on the Canadian side, not far from the tourist district where you’ll find a wealth of affordable Niagara Falls hotels. However, because Queen Victoria Park is so conveniently located and offers such well-known scenery, you better believe the area is crowded with tourists year-round.

While it isn’t a bad idea to get a few pictures in at the park, there are other places you can go for more unique views of the world wonder. While the Maid of the Mist does offer a once-in-a-lifetime experience, you might also try the Journey Behind the Falls experience, also offered by Niagara Parks, or climb Skylon Tower, which offers birds-eye views of the entire Niagara region from the observation deck.

For more private views, you will need to venture away from the tourist neighborhood, which might require a car or bike. You can head south to the Rainbow Bridge, which connects the U.S. and Canadian sides and offers views of all three waterfalls. You can also visit Luna Island and Goat Island, which are both accessible from the American side, to get up close to the top of the falls. Since the falls are so massive, it’s not difficult to find places to see them – but you will need to be creative and adventurous to do so.

Many travelers abhor the idea of visiting Niagara Falls because of the city itself. Indeed, much of Niagara Falls proper is devoted to tourism for the falls, which drains much of the authentic culture from the town. However, you can rediscover exciting and vibrant life by venturing outside Niagara Falls and into the valley beyond.

This region is full of history and culture just waiting to be discovered. You can learn about the First Nations tribes who have long called this area home; you can see the sights of the European settlers who fought over this coveted territory; you can enjoy the wines and produce grown in the region, and more.

Niagara-on-the-Lake (NOTL) is perhaps the most popular of the small towns in the Niagara Valley, not only for its quaint downtown space filled with local shops and businesses but also for its emphasis on culture. There are plenty of art galleries to explore, and every year NOTL hosts a theater festival celebrating Bernard Shaw. The culture of Niagara Falls exists, it just has moved slightly farther from the falls.

See the Secret Spots for Locals Only

There are a few places around Niagara that tourists rarely venture because they are truly well-kept secrets of locals. If these are the types of sights you are interested in seeing, read on: