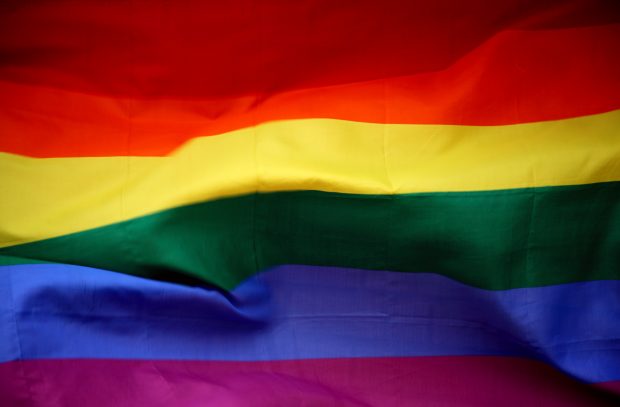 Pride festivals all over the Western world are often criticized for erasing people of colour, or for drowning out their voices. Toronto Pride is also sometimes guilty of that, but 2018 Pride includes plenty of events that showcase queer people of colour and artists and musicians from those communities. Continuing in my series of posts about what to do at Pride in Toronto this year, I’m going to talk about a few of these events so that you can make time for them if you’re here and queer in Toronto this June.

Revolutions Per Minute (RPM), an international platform for aboriginal and Indigenous musicians, will present Catalyst on June 22nd. Catalyst is an event that showcases Indigenous music, with lots of artists from the GTA performing. Ziibiwan, an Anishinaabe musician (they opened for A Tribe Called Red this year at the Danforth!), will be playing at the event, as will the Indigenous rap artist, Dio Gandih. OBUXUM, the Somali-Canadian beat producer will also showcase their talents, as will Elysia Crampton, an Aymara electronic musician, and Chhoti Maa, another brilliant rapper. The eclectic blend of musical styles are sure to make for an interesting and enjoyable event, so Catalyst is definitely one party to stop by when you’re in the city’s Gay Village. You can get to Catalyst by traveling to 77 Wellesley Street East on June 22nd, where the party will run from 7 til 11 in the evening.

Another really cool event is Yalla Barra, a Middle Eastern party that also celebrates queer culture. Arabic for “get outside,” Yalla Barra is collaborating with Arabian Knights this year, transforming the North Stage in the Village to a Middle Eastern dance party where you’ll be able to party and dance as much as you like. You can find Yalla Barra on the North Stage on Church and Isabella street on June 23rd, with the party running from 6 til 11 pm.

The 20th annual Blockorama is sure to impress, as will Blackness Yes!, celebrating the black communities in the GTA. The event is political and focuses quite a bit on activism because of the struggles that the black community face, but it also celebrates the achievements and cultures of Toronto’s Caribbean, African, and black communities. There will be dancing, entertainment, DJs, and lots of other things that are worth checking out (you know it’s going to be good, the event has been around 20 years!). You can find Blockorama and Blackness Yes! on 15 Wellesley Street East on the Wellesley stage, and the party run from noon til 11 pm on June 24th.

The city’s Latinx event of the year is Pan Dulce, inviting people from all over the region to come and enjoy Latin music and culture during Pride. Pan Dulce strives to represent the intersectional communities of Latin Americans and queer Latinx people. It’s always a fun time, and you can find the event on 77 Wellesley Street East on the TD stage, with the event going from 4 til 11 in the evening on June 24th.