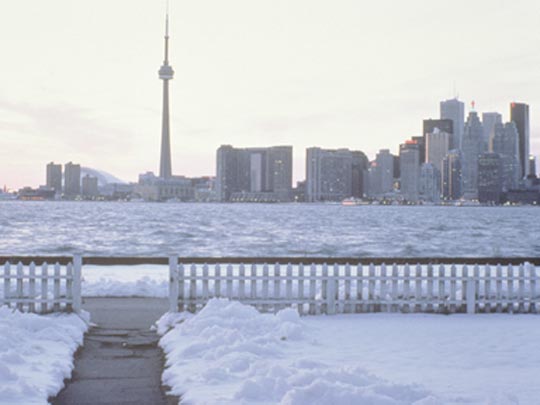 Toronto Housing Prices Are Still In A Red Hot Market

Toronto has quickly become one of the most expensive real estate markets in North America, ranking second in Canada after Vancouver, though it falls behind a number of American cities including New York City, San Francisco, and San Jose. As of February 2018, the average price of a detached home in the City of Toronto, or the 416 area code, was nearly $1.3 million dollars. When it comes to semi-detached homes, the price was $936,000 in the same month. The price of a townhouse was $712,000, while condos were $543,000 in the same time frame.

The Toronto housing market recently went through a chill brought on by new federal housing regulations, including a “stress test” that makes it harder to qualify for a mortgage. Many prospective home buyers who were worried they had been permanently out priced from the market gained hope, and enough leapt on the opportunity to enter the market that housing prices are back on the rise after a simmering summer.

The average price of condos in Toronto reached an alarming rate quickly. In 2012, the average price of a Toronto condo was a comparatively affordable $300,000 and in the last six years prices have gone up 81%. What does this unprecedented unaffordability mean for prospective homeowners?

For some, it means being excluded from the market entirely. Many are forced to continue to rent, while others have been looking for houses farther afield. That may be one of the issues driving Toronto’s poor performance for commuting. One recent study found that Torontonians faced the worst commute in North America, and the sixth worst in the world. That’s right, it was found to be worse than even notorious Los Angeles. Torontonians spend on average 96 minutes a day commuting, meaning some face commutes over 2 hours.

For those that can still afford the Toronto market, many are looking at much smaller homes and are looking for space efficient solutions to make more from condos and houses that are much smaller than they expected. Long story short, if you’re looking at buying property in Toronto, you may need to buy a new sofa that’s small enough to fit the reduced square footage.

In fact, the average size of a condominium in Toronto shrank to 743 square feet, but with older stock from the 1980s coming at an average of 1,200 square feet, new units tend to be much smaller. Some recent developments have included condos that were as small as 280 square feet.

The housing market in Toronto has changed. Higher prices and lower affordability have created a new market for smaller living spaces and “micro-condos.” People want ownership and they’re willing to sacrifice space for it, which is leading to smarter, more efficient ways to use the space where they space.