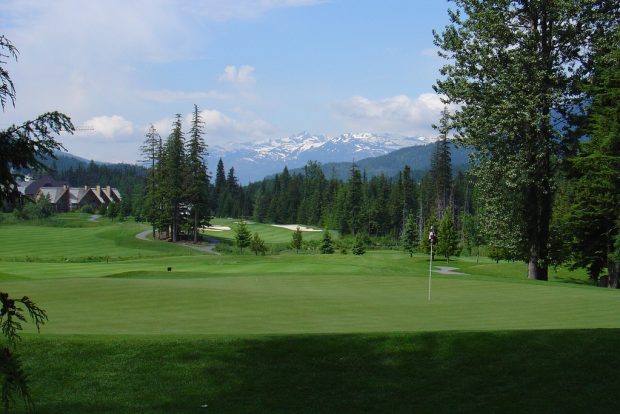 Golf has fascinated people for hundreds of years. It is so old that its history is hard to trace.   Some historians believe it arose during the first century from the Roman game Paganica. Other historians credit the early Chinese game of Chuiwan that was played in the 8th century. Yet others credit the English game of Cambuca, the French game of Chambot, the Persian game of Chaugan, or the Dutch game of Kolven.

But while the history of golf is murky, the sport is a highly popular one, and many beautiful golf courses have been built around the world to play it. Canada has taken advantage of its natural beauty to build some of the best golf courses in the world. Here are 10 of their most remarkable Canadian golf courses.

This may be one of the best golf courses in North America. It is located on the north shores of Prince Edward Island. It has immense rising and falling fairways, treacherous water holes, and a slight wind that makes golfing here immense fun. The natural beauty is enhanced by the imagination of the course designers.

In Vancouver, British Columbia, Shaugnessy is a golf course that is lined with trees. It overlooks the Strait of Georgia and the Fraser River. Built in 1960, there are 150 different types of trees, providing shade and beauty throughout the course. Some trees are two centuries old! The trees flower between March and September, and this may be the best time to play here.

In Toronto, Ontario, St George’s Golf and Country Club is rated as one of the 100 best golf clubs in the world. The club has hosted numerous championships: the Canadian Senior Open, the du Maurier Champions, the LPGA classics, and the Canadian Open.

In Aurora, Ontario, Beacon Hall Golf Club in the Oak Ridges Moraine is north of Toronto. Opened in 1988, its rated as one of the top 10 Canadian golf courses. The 18-hole course is privately owned.

In West Vancouver, British Columbia, Capilano Golf and Country Club is designed by Stanley Thompson, a famous golf course architect. The topography has been used to create a challenging course.

The Nation Golf Club of Canada

In Woodbridge, Ontario, the National Golf Club of Canada is known for its dramatic rises and falls, although sometimes the undulations are remarkably subtle. What makes this course memorable is the record Lee Trevino set in 1979 that still stands to this day. Playing the Canadian PGA, he won shooting 67.

In Jasper, Alberta, the Jasper Park Lodge Golf Course is ranked as the best golf course in Canada by SCORE Golf Magazine. It has also won other golfing magazine awards and recommendations. It’s considered a “must play” course for serious golfers.

In Caledon, Ontario, Devil’s Paintbrush is famous as a links course and has been favorably compared to the famous Irish course, The Old Course at Ballybunion.

In Ancaster, Ontario, the Hamilton Golf and Country Club is best known for hosting the Bell Canadian Open in 2003. It has 1200 enthusiastic members.

In Ingonish Beach, Nova Scotia the Highlands Links Golf Club is set in the Cape Breton Highlands National Park of Canada. The course is an 18 hole, par 72 course famous for its sculpted beauty and natural settings.