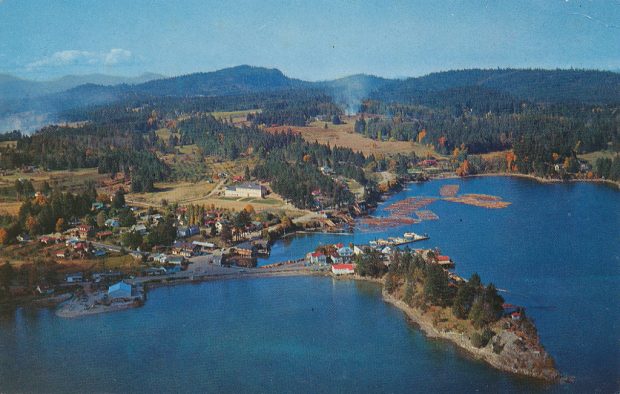 Salt Spring Island – A Whale of a Time

Salt Spring Island is known for its great waters for paddling, viewing lots of seals, sea lions, dols porpoise, river otter, mink, and a wide variety of intertidal and bird life is not uncommon. Summer season brings out the best in our guides who love to show off their interpretive skills with knowledge and first nation’s history about the Gulf Islands. We talk about Burrowing Sea Cucumbers, Sea Pens, Hooded Nudibranch, Moon Snails, Chitons, and the Spiny Purple Sea Urchin just to name a few. The guides love to show and discuss the magnificent Sunflower Stars, Leather, Mottled Ochre and Long Rayed Stars.

Salt Spring paddling is known for its calm seas, clear water visibility and the historic value in the midden beaches that surround the island. Each season brings its own spice of life. In the spring we see the large Steller sea lions and the quick and majestic Dols porpoise. Then as the season rolls along the Harbour Seals start to pup along the rock gardens of the islets which team with food sources. The seals are a pleasure to watch and seem to have as much fun watching kayakers as we do with them. We keep our distance and watch from a far with awe as they birth their young and suckle the babes on the shorelines. The mink and river otter play in the intertidal zone and feast on the bounty of the ocean floor. It is great to be a kayak guide in the area. Every day brings a new sighting and each time we enter the boats we are able to view a vibrant full moon, or a spectacular sunset or ….even a tail of a whale.

I have been paddling for over 25 years and have guided in areas around the world. I have run tours in the Johnstone Stait where a pod of 8 whales swam straight through our group as we crossed towards the Indian Group Island, but two years ago September I had an experience in the Gulf Islands, Ganges Harbour, I will never forget.

One of my staff, Johanna Murray came to work at our Outdoor Adventure Gear and clothing Store and did her early morning stretch on the beach. She heard something strange and ran to the edge of the beach. I arrived at work shortly after to see that there were Orcas in the Harbour! Not just in the harbour but 200 metres away! It looked like four Orcas, two female cows about 20 feet in length and two juveniles about 8-10’. They were pre occupied with another whale that seemed to be grounded on the shoreline close the breakwater to the government dock. We thought another young Orca had run a ground and they were trying to help it off, but boy were we wrong! I slowly got in my kayak and went to see if my hunch was correct—was a juvenile Orcas grounded on the beach and the mother and sibling trying to help it—could I be of some assistance?? Wow, I could not have been further from the truth. The Orcas were hunting a Minke. The adults had been chasing this Minke for a few days and were ready to show the juveniles how to finish the job and kill their prey. I quickly exited Stage left and took a much greater birth of about 200 metres. The blood was flowing from the underside of the 22-24 foot Minke and the tide was flooding in allowing the Minke to float as close to shore as possible without allowing the Orcas to get close and risk running aground.

A crowd of Salt Springer’s gathered on the shores as the news quickly spread of the situation that was going on right off our breakwater and along side the midden at Grace Point Square. We watched for hours as the Minke tried to seek assistance from the humans that had gathered just a few feet away from its injured body. There was nothing anyone could do to help—nature was at work.

Slowly as the hours rolled on and we paddled around the fringe of this gathering, the crowds started to grow thicker. Several coast Guard boats moved in to watch and “protect”; most of Ganges had come to the shoreline to view the stalking of this Minke. The crowd could sense problems as the mother Orcas started to get impatient after several hours waiting. As they moved in the Minke gave a startle and new its life was in grave danger if it didn’t take immediate action. It jumped into action and quickly sped off to the right of the attacking Orcas. The chase was on again but the Orcas had the distinct advantage and were hunting in numbers making the odds greatly stacked in their favour.

The whales veered about 20 feet to the side of the group and the Guide and 4 clients sat amazed at the chase they were witness to. The whales were gone as quickly as they had arrived but some very lucky paddlers got to experience a once in a lifetime hunt in Ganges Harbour. About 20 minutes later the hunt was done. The Minke was left for dead, floating between Goat Island and Walter’s Spit. It was not a hunt to satiate the appetite as only a small part of the Minke’s tongue was eaten. This was the trophy for a long hunt that was a training ground for the young Orcas.

The pictures of this story will remain engraved upon my mind. It was a once in the lifetime occurrence in Ganges Harbour as we were treated to a show of natures diversity. The life and death circumstances of the hunt were brutal yet inspiring; ugly and bloody yet graceful and striking. The scenes of this story grace the walls of the store know and seem only as a memory. But each time we get into the kayaks and take on the role as an interpretive guide around Salt Spring, you never quite know what to expect!