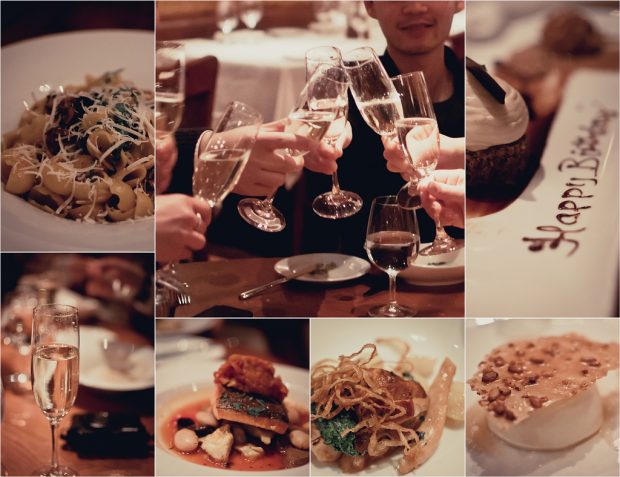 Where to Run Into Stars in Vancouver

Finding a film set in action in Vancouver is easy, especially in the downtown area. There will be streets or buildings blocked off with orange and black barriers and there will be several large white production trailers parked on the street. Filming can be viewed from behind the barriers. In some cases, there will be an open call for extras posted around the city for those who like to be part of the action rather than just star gaze.

Those travelers wishing to simply spot a famous movie star can also check out some local star haunts around town, where they are likely to find one or more familiar faces dining, shopping or just taking in Vancouver’s beautiful views. Here is a list of the best places to see movie, television, and rock stars in Vancouver.

The Fairmont Waterfront (900 W. Georgia Street) – this beautiful and luxurious hotel in downtown Vancouver is a popular spot for visiting stars to stay in. The best way to catch a glimpse is to dine in one of the Fairmont’s two restaurants. Griffin’s Restaurant is a bistro-style cafe while 900 West Lounge is where to go to listen to jazz and sip martinis.

The Sutton Place Hotel (845 Burrard Street)- this is where the stars who like to shop stay. The Sutton Place is only one block from Robson Street, the location of the trendiest clothing, jewelry, and arts stores in Vancouver. Movie stars are frequently seen dining in the hotel’s Fleuri Restaurant, and upscale French-inspired dining room. The Sutton Place also sports an English-style pub, the Gerard Lounge, for budget-conscious travelers. The Gerard is also a popular star-gazing site.

Cin Cin (1154 Robson Street)- this trendy old-world Italian restaurant is the place to catch movie and television stars dining. The best time to go is a Friday or Saturday night as that is when the downtown is hopping with activity.

Lumiere (2551 W. Broadway)- this is celebrity chef Rob Feenie’s decadent (and expensive!) award-winning French-cuisine restaurant is popular with both Hollywood stars and international dignitaries. The best times to catch stars in action are Thursday and Friday nights after 8 pm.

SpaEthos (2200 W. 4th Avenue)- this high-end spa is a refuge for stars who would rather experience calm and quiet rather than rowdy and raucous. Several Hollywood stars have been spotted slipping into the luxurious day spa for hot stone massages and the famous “Look Better Naked” body wrap.

Fans trying to get a glimpse of their favorite stars out and about on the town in Vancouver should keep in mind the following common sense tips for approaching them:

Running into movie and television stars in Vancouver is a simple matter of being where the stars hang out. Timing and respect will reward fans with a close encounter with a favorite star.