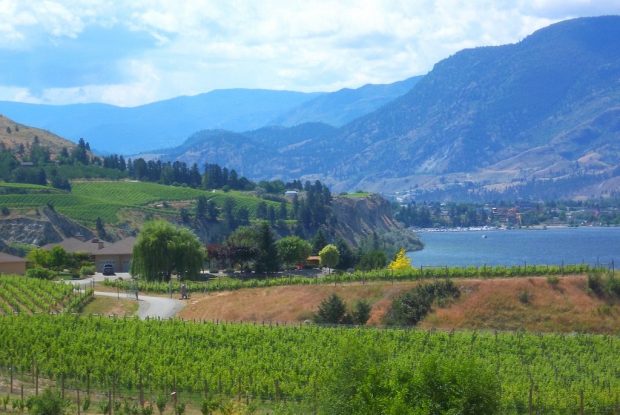 The Okanagan Valley is the main grape-growing region in British Columbia, Canada. To date, it has over 100 wineries in its region. Contrary to what many people imagine though, the Okanagan Valley does not have an all-cool climate that is ideal for grape-growing. Instead, it is a mix of hot desert in the South and cooler vineyards in the North.

It is perhaps the variety in its weather that gives Okanagan Valley a diverse bounty of wine products. The hot, sandy soil of the South produces wines such as Cabernet Sauvignons, Pignot Noirs and Chardonnays. Those in the North produce Rieslings, Pinot Blancs and Pinot Gris. The Valley even produces Ice wines, made by leaving grapes to freeze in its vines before picking.

Here are five of the wines that should be tasted from this famous wine region:

This type of wine is produced in Mission Hill, Okanagan Valley. Mission Hill is found in the middle of the region. It is managed by the Mission Hills Family Estate winery started by Anthony von Mandl in 1981. Its Chief Winemaker, John Simes, should take credit for the Estate’s fame though. His Grand Reserve Valley Select Chardonnay has reaped awards in several wine categorizes in five years since its production. It is served in The Terrace, one of the top five wine restaurants in the world, according to Travel and Leisure Magazine.

Kalala Organic Estate Winery has won over 22 awards. It produces all types of red and white wine without the use of pesticides or herbicides. All their grapes are carefully handpicked to preserve its quality until fermentation. Its Merlot has recently won the Silver Award in the recent West Coast Wine Competition. Its Zweigelt and Chardonnay Ice wine are also great additions to any meal.

Quail’s Gate can be found very near Mission Hill. One of its flagship wines is Foch. Foch is made from a 44-year old planting that have recently started producing a very rich, concentrated fruit. It has a very powerful texture accompanied with fruity sweetness. Quail’s Gate also produces great Pinot Noirs and Pinot Gris.

This Winery which can be seen from across Quail’s Gate’s sloping hills produces Cabernets, Merlots and Chardonnays. One of the fun wines to try from this winery though is its Malbec which American Winemaker, Tom DiBello, is developing as support to the recently-ended 2010 Vancouver Olympics.

Tantalus produces a select-few of old-world wines such as Pinot Noirs and Chardonnays. Riesling though is its flagship wine which has accents of citrus fruits along with melon and gala apple. It has a clean taste that should be savored.