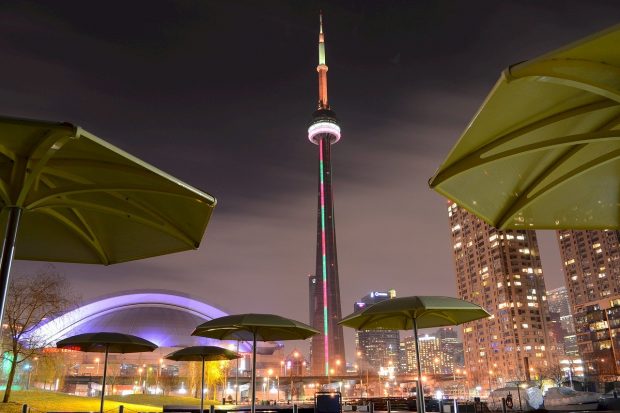 Is Canada Becoming a Poker Capital of the World?

Statistics seem to indicate that tourism in Canada is on the way up. While its contentious southerly neighbour may still bring in tourists, Canada could be benefiting from the potential uncertainty of the States by absorbing some of their travellers. One such global aspect of tourism that seems to be increasing is so-called sports tourism, that involves people choosing destinations deliberately for a sporting event or for what sports it can offer. While many immediately think of Olympics visitors or those following the World Cup, casino-related sports – specifically poker – is garnering its own tourism sector as an industry. But what is it like to travel around Canada as a poker player?

Canada understands how the tension and excitement of a casino can pull in punters and people can, and often do, form their entire trip around the game. So, in order to boost their national revenue, the casino facilities in the country have seen a steady improvement in their facilities. For example, in Casino Niagara in Ontario – close enough to the falls to combine it with a sightseeing tour – there is a dedicated poker room, 30 gaming tables, and more than 13,000 slot machines.

While the Casino de Montreal in Quebec sees around 18,000 visitors every day, many being budding poker players hoping to finesse their gaming abilities. The biggest casino in Canada, however, is Caesars Windsor Hotel and Casino located in Ontario. The poker room alone has 14 tables, which have seen plenty of action from visiting poker players and professionals alike.

Those interested in poker will likely be following some of the famous Canadian players while they visit. This will include a visit to some of the tables that the famous names and faces have passed through in their time. For example, Daniel Negreanu, a much-beloved Canadian poker player, frequently blogs about participating in tournaments with poker amateurs from around the world, in casinos around Canada and the world.

Casinos such a Fallsview offer more than just traditional tabletop gameplay; among frequent live entertainment and an electric atmosphere, the casino would be equally at home in Las Vegas as much as it is in Canada. This helps elevate the experience for those visiting, and to give more of an incentive to make the trip.

One main reason why poker players would enjoy a trip around the Great White North is because of the renowned World Poker Tour. 2019’s edition saw 1,109 entrants into the competition, which took place from October 29 to November 3. The prize pool ended up being $3,327,000. Mass events like this can help attract players from all over who want to experience the classic tournament-style gameplay. The tour largely features a Texas Hold ‘Em poker tournament.

While there are many similarities between poker games like Texas Hold ‘Em, Seven Card Stud, and Omaha Hi-Lo, there are also some fundamental differences. Some players opt for the game variant due to these differences. For instance, Texas Hold ‘Em features more reliance on poker strategy. The player initially receives fewer hole cards – or cards that are dealt face down to them – so needs to work on their strategy surrounding this.

Poker is a methodical game that requires analytical thinking, as well as the much-publicised bluffing element of the game. As such, the more practice someone does, the more they will be able to develop a poker strategy that can be applied to any variant of the game they may be faced with.

Is Canada the Next Vegas?

Las Vegas made a name for itself as a city of excitement and gambling long ago, but we are seeing more and more contenders for the title. The USA is boosting Atlantic City as a Vegas of the East Coast, while Lagos, Nigeria, and Macau are also throwing down the gauntlet. But Canada also has its eye on the prize. Not only does it clearly have a lot to offer, but it has an entire entertainment package to rival that of Vegas’s.

Canada’s poker pedigree doesn’t just match up to Las Vegas for those reasons, though. Canada is also a popular tourist destination for nuptials – with Niagara Falls being inundated with happy couples, along with bachelor and bachelorette parties. With many of these parties utilizing poker and casino-related themes. As Canada is pushing more for its entertainment sector to try to attract those who might want to have a Vegas-style weekend, it could end up taking the crown from the neon city.

By positioning itself as a poker capital and the perfect place for those who want to have an unforgettable party weekend, Canada – or more specifically Ontario – may emerge as a casino capital of the world very soon. One of the main issues with Las Vegas is how entrenched in tradition it is – which could end up becoming outdated. Newer casinos, such as those in Canada, are experimenting with new methods of play. For instance, the Casino de Montreal allows players to visit and play on interactive terminals with their friends and a live dealer. The experience adds a modern, digital twist to the classic gameplay. The room itself is decked out to look like a futuristic cinema style room, far from the aesthetic of the traditional casino. Evidently, contemporary casinos in Canada successfully merge the traditional and classic motifs, with modern and exciting innovations.

Those who want to take part in poker tourism have a varied spread of places to visit in the world. While Las Vegas might be an obvious choice, Macau might give a flavour of another culture, and Lagos may take you out of your comfort zone, Canada is really making a name for itself as a destination for poker aficionados. Whether it’s the many resorts that grace the Great White North, or the fact that trips can also be combined with sightseeing and visits to tourist hotspots, or whether it’s the high-tech facilities or the country’s connection to the World Poker Tour – Canada is becoming the place to be for poker fans.