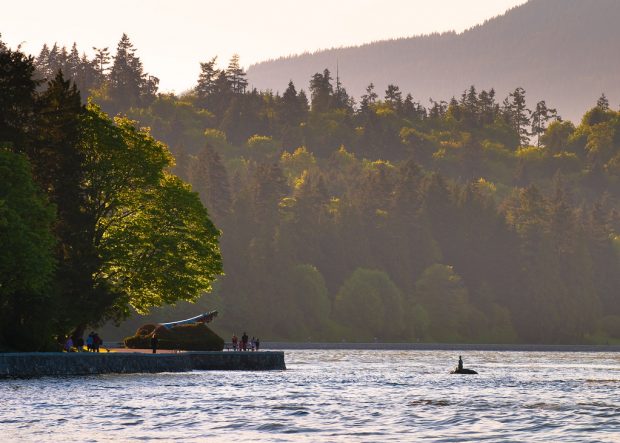 Stanley Park is the first park in Vancouver and one of the finest parks in the world. This lush, green 1000-acre (400 hectares) park, opened in 1888 by Mayor David Oppenheimer, contains around 500,000 trees including fir, hemlock and cedar and sees more than 8 million visitors each year.

Begin your day at the Brockton Visitor Centre featuring a gift shop and informational film about the park. This is also where restrooms and snacks are located. In addition, the Information Booth located just inside the entrance on Georgia Street offers snacks, restrooms and information about the park as well as local attractions. Dine at one of the eight restaurants or other 17 concession areas available.

Visitors to Stanley Park can tour the park in the natural gas powered Stanley Park Shuttle bus which is a trolley car and free to ride.  Also available are the Stanley Park Horse-Drawn tours running year round for a fee to visitors (around $27 Canadian in 2008).

Stanley Park, rich in history, features some of the most amazing landmarks in all of Canada. The most beautiful and popular has to be the famous Seawall. This 5 ½ mile (8.8 km) seawall delights walkers and bikers. This manmade landmark, begun in 1917 was started to stop erosion and finally completed in 1980. Bring your walking shoes or rent some rollerblades because walking the Seawall can take up to two hours. 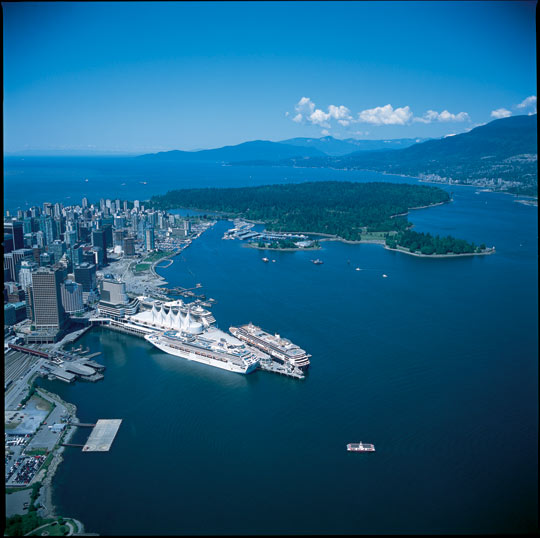 Stanley Park is home to one of the largest displays of monuments and plaques.  See the bust of David Oppenheimer, a tribute to the mayor who opened the park. Visit the Chehalis Monument which marks the lives lost during a nearby ship collision. The 9 O’Clock Gun was placed in the park in 1894 to signal the closings to fishers. Several statues commemorate lives of famous people including the Harding Memorial (first United States President to visit), Harry Jerome (runner from Vancouver), Queen Victoria, Lord Stanley (1888 Governor General of Canada), Pauline Johnson (poet from Vancouver) and Robert Burns (poet from Scotland).

There are many gardens for the horticultural explorers to visit. The Prospect Point Carpet Bedding is a favorite due to the themes picked each year where a display is designed out of plants and flowers. There is also a rhododendron garden, the Community Garden, beautiful ornamental plantings and other rose plus perennial gardens.

Bring the children and visit one of the family friendly attractions in Stanley Park. See the Vancouver Aquarium or ride the miniature train. Spend some time at the Children’s Farmyard, which is home to more than 200 animals. Plan a picnic or romp on one of the playgrounds. Learn the rules of the road in traffic school supervised by an office with the Vancouver Police Department. Swim at the large Second Beach Pool or splash around in the Variety Kids Water Park.

During the summer, catch a live performance of local thespians in the Theatre Under the Stars. Called TUTS by the locals, this theatre began in the park in 1934 and has featured some famous actors from Canada. Check out the Painters Circle, an outdoor gallery with artist works available for sale. Learn some new moves at Ceperly Meadow where every day at dusk, dance instruction is provided.

No matter what time of year you visit, there is something for everyone and you will truly enjoy yourself exploring Stanley Park in Vancouver.