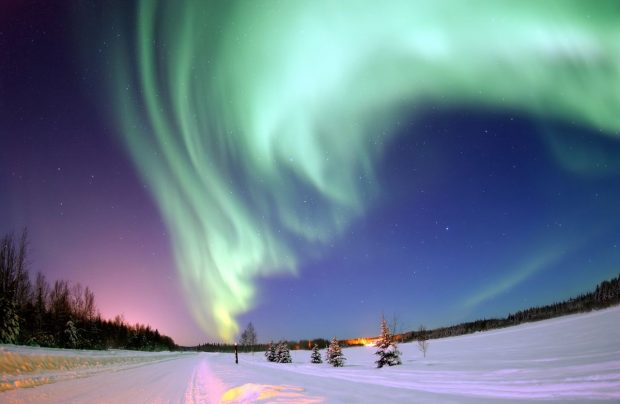 Experience the Northern Lights in Canada

The best view of these beautiful lights can be found throughout Canada’s tundra’s, wilderness, and mountains.

A year-round view of the Northern Lights can be seen in Canada, and the further north you travel the more spectacular the lights become. You can experience the lights anywhere in Canada especially within the Nunavut, Yukon, and the Northwest Territories.

Located on an vast tundra centered in north-eastern Canada; travel to Iqaluit to experience the lights across the sky. Many travel by dogsled that are led by Husky’s to get to their destination.

Hike throughout Whitehorse which can be found within Yukon and is located in Canada’s mountains in the north-western part of the country.

Yellowknife can be found in the Northwest Territories amidst Canada’s wilderness, and many people have named it the best place to view the lights.

The Northern lights can also be glimpsed in the northern areas of Quebec, Labrador, Alberta, Manitoba, and Saskatchewan within Canada.

When to Catch the Lights

Of course, the Aurora Borealis can best be seen once the nights have turned long. Fall and winter are the top seasons to see one of mother natures supreme celestial wonders. Late September through March are the typical winter months in Canada in which you can view the Northern Lights. Communities in Northern Canada must wait until late fall and winter to view the lights because their summers are filled with daylight for almost up to twenty-four full hours.

Unfortunately, the Northern Lights forecast can only be predicted up to four to five days, but forecasts have been made available by the University of Alaska Fairbanks, and most of the time tourists are able to view the lights in a clear, star-filled sky.

How to See the Northern Lights

Many communities throughout Canada have escorted tours available to view the Northern Lights. These tours take you to the best places within their communities to observe the night sky. You can also purchase travel packages to Canada that are just for viewing the Northern Lights. Camping along various lakes in Canada’s wilderness is a great way to take a weekend vacation and see the lights dance throughout the night.

Seen by the Inuit as a spiritual sign that represented their dead loved ones and unborn children and used at times by others to predict the weather, the Northern Lights have inspired for centuries.