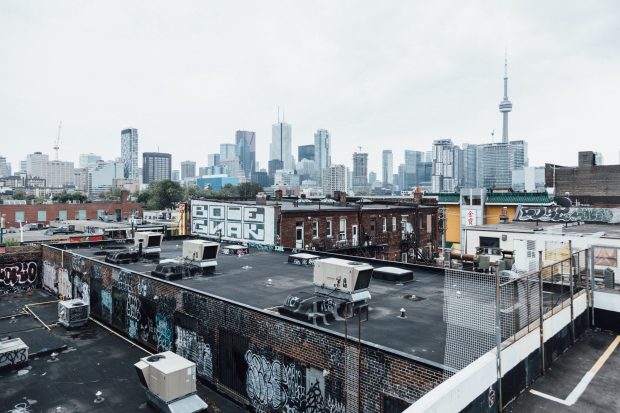 Did you Participate in No Pants Day in Toronto?

Every year all over the world, people embrace their momentary public escape from leg jail by taking a No Pants Subway Ride. This year on January 13th, over 50 cities all over the world are participating, and one of them just happens to be Toronto. If you know anything about the TTC (or, the Toronto Transit Commission), you’ll know just how much of an ordeal it can be to make it from Point A to Point B. From ridiculously long delays to creepy passengers, the No Pants Ride seeks to bring a bit of fun to people’s daily commutes without being too invasive.

To get things started, anyone who wanted to participate on the No Pants Subway Ride headed over to the Eaton Center’s Dundas Street entrance on the upstairs level. They had about a 15-minute window to make their way there, making sure to keep their trousers on until they found the group—it would have been a bad idea to take them off any earlier anyway, it was FREEZING out there! At 3:20, the No Pants Society instructed everyone to take their pans off, and ti head for the subway. The group traveled to Osgoode Station to the No Pants Afterparty held at a super secret location.

The No Pants Afterparty is meant to be a lot of fun, so if you feel like going to that next year it should be worth it. There’s going to be dancing, including dance competitions with prizes. Also, remember to invest in finding some fun underwear between now and the next No Pants Subway Ride, because the coolest underwear-wearers get a prize too. The No Pants Society is wonderfully inclusive and tries to make the event as safe and enjoyable for everyone as possible, so get in touch with them to find out how they encourage safety during these trips. Did you go to this year’s No Pants Subway Ride? Tell me about it in the comments!