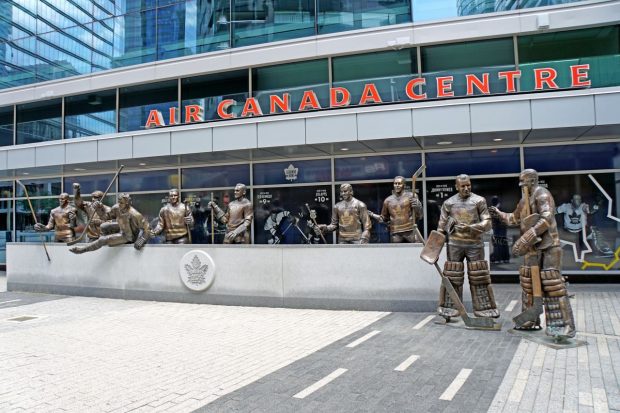 Hockey to Canada has been what baseball is to America. There is a national pride inherent in every Canadian related to hockey. International visitors to the country often do not think of catching a hockey game and miss out on this opportunity. If you want to get a taste of real Canadian life outside of the usual tourist things, try catching a Toronto Maple Leafs game. The Maple Leafs are one of the original six teams that first composed the National Hockey League (NHL), this coming in 1917. The team has been a staple of the city of Toronto for years, drawing a loyal fan base of Canadian hockey fanatics season after season. The team plays in the Air Canada Center, a relatively new and modern arena that opened in 1999. Tickets can be fairly hard to find, as their fan base is one of the most loyal and fanatical in the professional sports world. Be sure to secure your tickets as soon as possible so that you will not be disappointed trying to find tickets at the last minute. Not only will you rest easy getting tickets early, but you will probably pay substantially less the earlier you buy them.

If you want to get a real taste of the bite hockey fans can deliver at a game, try to see the Maple Leafs take on the Montreal Canadians. This is one of the fiercest rivalries in all of professional sports with true animosity between the players and especially the fans of each team. The rivalry with the Ottawa Senators is also pretty heated, but the Maple Leafs/Canadians rivalry gives the biggest taste of rivalry hockey. Visiting the tourist attractions in Canada is great, no doubt, as there is much to see in the proud country. However, if you want to get a real taste of the sport Canadians live and breath, a Toronto Maple Leafs game is the way to go on any trip to Toronto.

The outlook for the team is good heading into the new season with a new coaching staff coming in. Not only is it an exciting experience for the local hockey fans, but international fans alike find enjoyment in watching a hockey game. It is an exciting game of constant action, tense moments and extreme athletics. Mats Sundin, the Swedish born captain of the team, is now the team’s all time leading scorer and continues to delight fans with his electric play each season. Just witnessing his play is reason enough to attend a Maple Leafs game while in Toronto.

Sporting events put on by the National Hockey League are some of the best in the world. The Canadian clubs share a major similarity with American sporting events, which have always been some of the best in the world. Not only do fans attend the game, the event turns into a night of entertainment with the game as its focal point. A trip to Toronto is not complete without attending a Maple Leafs game to get the full Canadian experience.