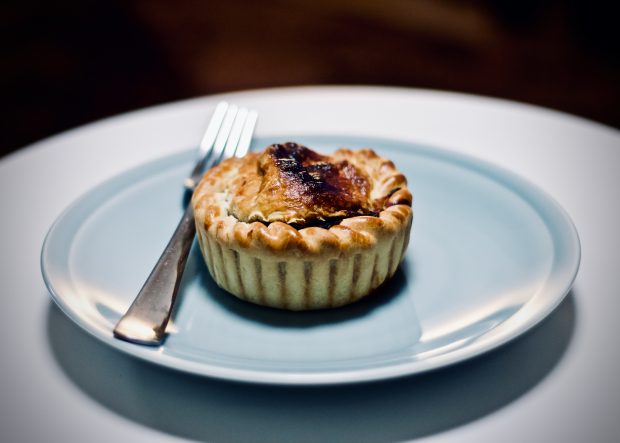 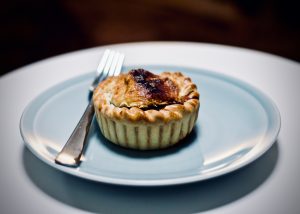 If you’ve ever spent any time in Quebec, you’ll know how important tourtiere is to the food culture of the region. A savoury meat pie, tourtieres are delicious on their own or covered in gravy like what you’d expect from British meat pies. If you slice up the pie, it’s a great side dish at Christmas (or Thanksgiving!) meals. It’s actually quite easy to make, and by using store-bought pastry, it’s even easier than the original recipe.

How to Make Tourtiere

First, cook down 1 lb of mince beef and ½ lb of mince veal, ½ a cup of finely chopped onions, and 2 large grated potatoes (you should have about a cup) in a skillet. Once the mince is cooked thoroughly, and in 3-4 minced garlic cloves, ¼ tsp sage, 1/8 tsp cloves, a pinch of dried rosemary, and ¼ tsp savory.

To loosen everything up, add in about ¼ cup water, and let it boil. Reduce everything to a summer, and then cover and let simmer for 15 minutes, checking on it frequently and stirring to make sure nothing sticks to the bottom.

After 15 minutes, take the meat mixture off the heat, and let it cool. Once it’s cooled to room temperature, add in ¼ to ½ cup breadcrumbs depending on the consistency you like, and then add between 2 and 3 tbsp water with an egg whisked in.

Once everything is combined, roll out your pie dough to fit your dish, and make sure you have enough dough to cover the top. Fill the pie dish with the mince mixture you’ve prepared, and then cover the pie with the rest of the pastry dough. Trim the dough and seal the top to the pie, and cut slits to allow steam to escape.

Cover the whole thing with a bit of foil, and back for 15 minutes in an oven preheated to 375 F. Take the foil off, and then bake the pie for another half an hour.